Hubbard Radio Washington DC, LLC. All rights reserved. This website is not intended for users located within the European Economic Area.

A great example of how training, education benefits people, mission

Among other things, the federal government is one of the largest training organizations in the world, likely the largest. When you think about it, the government trains people in an astounding array of topics in a vast array of domains.

So this column is an acknowledgment of the people operating throughout the government, mostly unknown, who help others learn what they need to learn. It may happen in formal training, or it may happen with...

Among other things, the federal government is one of the largest training organizations in the world, likely the largest. When you think about it, the government trains people in an astounding array of topics in a vast array of domains.

So this column is an acknowledgment of the people operating throughout the government, mostly unknown, who help others learn what they need to learn. It may happen in formal training, or it may happen with modeling good practice and behavior, or in a mentor-mentee situation.

Some people prefer the word education. I think it was the retail giant Stanley Marcus who said, “You train seals, you educate people.” In reality it’s both. Ideas educate people, but skilled instruction followed by repetition gets us good at what we’re trying to do.

The other night before the Washington Nationals game, a Navy precision drill team marched onto the field and demonstrated its prowess with glittering rifles. Then a cluster of Army paratroopers from the Golden Knights leapt from an airplane. The tiny dots in the sky transmogrified into black-clad human figures manipulating blue-and-yellow chutes. One by one they made pinpoint landings in the outfield.

I thought, that’s training. Whereas sitting in a class somewhere taking in theory from Clauzewitz and Baron Jomini? That’s education.

Now the theatrical side of the military — the drill teams, the close-formation flyers, the bands — may not be central to the mission of fighting and winning the nation’s wars. I’d argue they humanize the military and help make it a welcome and valued part of the nation’s fabric at relatively little cost. However indirectly, that does in fact support its mission. It likely also helps recruitment.

Knowledge management presents an enduring challenge for federal agencies. Companies too. But government organizations, to an extent greater than most private sector organizations, operate in a complex mix of law, regulation, procedure and cultural tradition. Just knowing where you can exercise discretion versus following the letter of the law or rule — that insight doesn’t happen automatically.

Take the IRS, for example. For a variety of reasons, it’s struggled with processing paper returns, of which it still receives millions, and with several other service issues.

I discussed these issues with one of the IRS overseers, Jessica Lucas-Judy of the Government Accountability Office. In some places, she said, the IRS simply needs more people to deal with the sheer volume. It’s using various hiring authorities to get people in. But of course that’s just the beginning. A person might be the best tax consultant in the world, but it takes a lot of training and education in highly specific things to work effectively inside the IRS. Understanding returns, knowing the nuances of the tax code, dealing with fearful or angry people, learning the many information systems — it’s not moving a load of bricks from here to there.

On the Defense Department side, planners face a million questions. A fundamental one is how the armed services maintain their edge over potential adversaries. For several years, the Defense Innovation Unit has used an acquisition method called other transaction authority to rapidly move technology innovations in the private sector into the military domain. A Defense Department-wide practice has grown up around this idea of rapid inculcation of new capabilities.

OTA is a method of buying certain things — in this case, prototypes — outside of the Federal Acquisition Regulation or the Defense version of it. The Defense Department has been expanding its use of OTA in recent years, but Congress actually enabled OTA originally for NASA in the late 1950s.  OTA is simple in the sense that a violin is simply a small wooden box with four strings stretched across. Simple, yet in inexperienced hands, both violins and OTA buys are likely disasters. In trained hands, magic can happen.

That’s why I was intrigued in interviewing Cherissa Tamayori, the director of acquisition at DIU. On the premise that skill in OTA is in short supply, she’s instituted an innovative education program of her own, based on the old surgery adage, “see one, do one, teach one.” DIU, in conjunction with Defense Acquisition University, is accepting applications for just six contracting people, 1102s, from within DoD. They’ll spend a year full-time in what the two units call an immersion course in the deep subtleties of working OTAs.

The six, dubbed fellows, will each correspond to one of the six industrial domains with which DIU does business: artificial intelligence and machine learning, autonomy, cyber, energy, human systems and space. The course will also teach what OTA is not, Tamayori said. For example, while it may enable rapid acquisitions, it’s not to be used for emergency buys in the manner of, say, FEMA needing a million water bottles overnight. There’s a FAR allowance for that.

After the conclusion of their training, Tamayori said, “What we expect from these fellows is that upon completion of their time at DIU, that they then return back to their unit, to their service, and are able to become experts and train-the-trainer-type entities.”

The course has the dual effect of helping people get better at a crucial contracting activity and of helping establish a governmentwide cohort, or community of practice with expertise from DIU’s lessons-learned, Tamayori said.

I’d add, the DIU/DAU course promises to be a reference example of how human capital development coincides with a strategic need of the government.

Researchers estimate that on any given day, 15.8% of people worldwide have a headache.

Want to stay up to date with the latest federal news and information from all your devices? Download the revamped Federal News Network app

Tom Temin is host of the Federal Drive and has been providing insight on federal technology and management issues for more than 30 years.

GAO focused on upskilling workforce to handle ‘audits of tomorrow’

Fed Photo of the Day 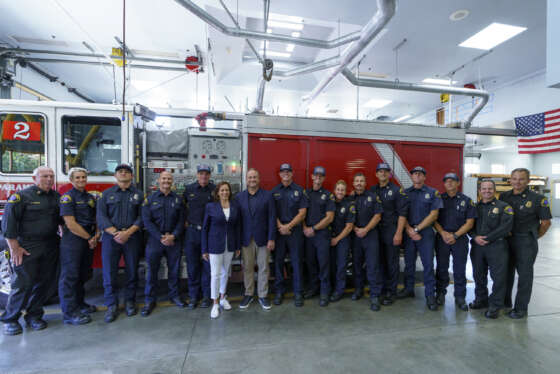